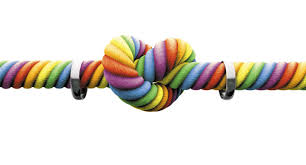 Not really! We had couples to file joint for federal tax purposes and separate for state purposes before. In a rare occasion the state taxes will come out better by filing married filing separate. In this case however, they will have to file as single or head of household.

So as the news states the courts in Utah are still hashing out the legality of same-sex marriages.

After a U.S. District Court judge ruled on December 20 that the Utah law barring same-sex marriages violated the U.S. Constitution, roughly 1,300 couples hurried to tie the knot. Just 2½ weeks later, the U.S. Supreme Court stayed further marriages until lower courts could rule on appeals. But the justices said nothing about the validity of the marriages that had already taken place.

In the absence of a court order, Utah Governor Gary Herbert (R) ordered state agencies to ignore the marriages. U.S. Attorney General Eric Holder Jr. took an opposite tack and ruled that federal agencies, including the IRS, should recognize the marriages as valid.

The conflict means same-sex couples who married during the hiatus will have to prepare at least three federal tax returns. First, they’ll have to file a federal 1040 as married (two if they file separately). Then they’ll have to prepare two more as individuals to use as the basis for their Utah state returns. For most of those couples, the biggest challenge will be determining how to divide joint income and costs between spouses. (Note that all unmarried couples with jointly held assets face this problem, regardless of sexual orientation.) Tax preparers or tax software will take care of the actual calculations.

Utah might have chosen an easier path for same-sex couples. In Missouri, Governor Jay Nixon (D) decided that state law requiring taxpayers to use the same filing status for both state and federal tax returns trumps the state’s constitutional ban on same-sex marriages. Missouri taxpayers who were legally married in another state or country must file federal returns as married and thus, by the governor’s order, must do the same with state returns. Colorado will follow a similar approach.

And there’s no difficulty in the eight states that neither allow same-sex marriage nor have a state income tax. But the rest of the states deny same-sex marriages and make state tax filing more difficult for same-sex couples.