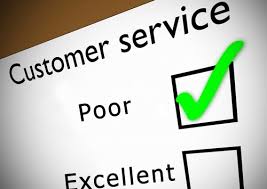 The National Taxpayer advocate Nina E. Olsen said that the IRS could only answer about 61 percent of calls it received from taxpayers during the 2013 fiscal year.

Hey, I can vouch for that! I know firsthand of calls misdirected, hung up and put in automatic queues that lead nowhere.

Customer service will often have you thinking that they are automated collection then after you give them your whole story they say “you need to be connected to ACS” and then you go back to being on hold again. Why doesn’t customer service tell you up front what they can or cannot do?

The President of the United States say’s they lack the resources interesting , for decades I’ve watched the IRS squeeze money out of people even when they didn’t even owe it! Surely they can budget enough money to do their job properly. That’s a money making deal for them. More efficiency means more money.

I do have to admit that identity fraud is on the rise and they lose a lot of money fighting that problem.

Given its limited resources; the IRS said that in 2014 it will stop preparing tax returns for people who need help, such as those who are elderly or disabled. The agency also plans to answer only “basic” tax law questions, and only during the normal filing season through April 15. Instead, it will direct people to the website and other automated sources of information.