Should You Owe Taxes On Bitcoin Investments?

Should You Owe Taxes On Bitcoin Investments?

Don’t ask the IRS – they don’t know either

The use, investment in and possession of bitcoins has grown in 2013 and this growing interest leads to the inevitable question, is there any tax liability involved?  Should you pay taxes on your bitcoin investments?

As of now, the IRS hasn’t really said what they think. 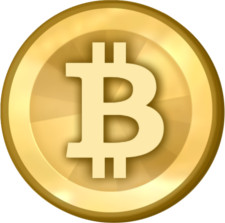 Bitcoin use increased by over 75% from July through December of last year.  The market value of bitcoins increased from $1.1 billion to $12.6 billion and that kind of appreciation has attracted the interest of investors who understand that probably they have a some sort of tax liability due.  Just what that tax liability is remains a question.

For now the IRS is really dancing around the issue, despite the increasing number of comments and questions about the topic on social media sites such as Reddit and bitcoin.org.

Catherine Hollander, a columnist for the National Journal noted this in a recent column.

The Taxpayer Advocate Service, which is an independent office within the IRS, pointed to those types of Internet comments and the advice they garnered from purported experts in a 2013 report to Congress. “Some of this speculation is incorrect, incomplete, or misleading,” the report said. “It is the government’s responsibility to inform taxpayers about the rules they are required to follow.”

The heart of the issue is whether the IRS will view bitcoins as a currency or a commodity.

But the government remains mum: “The IRS is aware of the potential tax-compliance risks posed by virtual currencies,” the agency said in an emailed statement. “The IRS continues to study virtual currencies and intends to provide some guidance on the tax consequences of virtual-currency transactions.”

So, if you are investing in bitcoins, what do you do?  We would advise prudence and treat a bitcoin investment as any other investment.  Make every effort to document your bitcoin transactions and make a reasonable effort to pay what you think you owe.  Do this and you won’t get into trouble with the IRS.  Probably.