How the State of the Union Impacts Your Finances 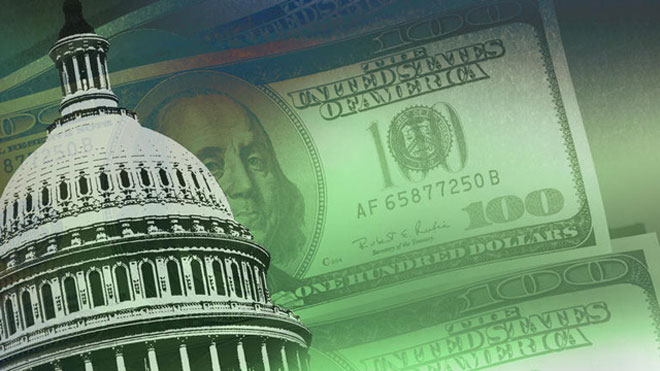 President Barack Obama introduced a new retirement savings plan Tuesday night that would be backed by the government to help more Americans gain financial security in their golden years.

In his State of the Union address, the president said he will direct the Treasury Department to create MyRA, a new savings plan that initially leverages Treasury bonds for Americans who don’t get a savings plan through work. Eventually, the bonds would be rolled into an Individual Retirement Account (IRA).

“Today, most workers don’t have a pension,” the president said. “A Social Security check often isn’t enough on its own.  And while the stock market has doubled over the last five years, that doesn’t help folks who don’t have 401(k)s.”

This initiative, which doesn’t need legislative approval, allows workers to have a portion of their pay deducted and put into an account invested in U.S. government bonds that would be treated for tax purposes like a Roth IRA: contributions can be taken out at any time and are not tax-deductible, but earnings would be free from tax when withdrawn. The account will earn interest at the same variable interest rate as the federal employees’ Thrift Savings Plan (TSP) Government Securities Investment Fund.

The minimum initial investment could be as low as $25 with subsequent investments starting at $5.The MyRA would be open to households earning up to $191,000 a year.

Americans’ confidence in their ability to have a financially-secure retirement has been diminishing in recent years. A 2013 survey by the Employee Benefit Research Institute found 57% of American workers had less than $25,000 in total household savings and investments, not including their home. What’s more, the percentage of workers confident about having enough money to retire comfortable remains nearly unchanged from the record lows observed in 2011.

Treasury Secretary Jack Lew said Wednesday the plans are “meant to be a safe way to encourage savings that fills a niche which the private sector isn’t that interested in” and hopes to have it up and running by the end of the year. A senior administration official says they have calculated an amount of money that they’ll pay to the administrator for the cost of administering these accounts, but don’t want to reveal the cost because they are submitting it for bid.

Brad McMillan, chief investment officer for Commonwealth Financial, called the new plan a “wonderful headline program” but could be more of a political gesture than an effective program.

“It’s a wonderful program politically, there is no risk of loss, so it creates an enormous new market for Treasury bonds, but the people who need a savings plan like this don’t necessarily have the income to take advantage of it. The people who need it most aren’t going to be able to save enough to use it, and the people who can save have better options.”

Prof. Lawrence White, economic professor at NYU’s Stern Business School, says the president’s call for more employers to offer 401(k)s would help increase retirement readiness, but both plans lacked details. “It’s the ‘how’ we still need; will they get tax breaks, government matches? There are lots of good intentions, but we need to see more details.”

The president called on Congress to send him legislation “that protects taxpayers from footing the bill for a housing crisis ever again, and keeps the dream of homeownership alive for future generations of Americans.”

McMillan says the reference to protecting taxpayers from financing another bailout hinted at the idea of privatizing mortgage giants Fannie Mae and Freddie Mac.

Last summer, the president called for the federal government to reduce its role in the mortgage market and “wind down” the two mortgage-finance companies

“The roles of Fannie and Freddie have become more politically charged over time; on the whole, we are better off with a more privatized market that has very specific and targeted government programs to help backstop struggling homeowners,” McMillan says.

The president, who faces a divided Congress, also called for an increase to the minimum wage to $10.10 an hour and cited John Soranno, owner of Minnesota-based pizza chain Punch Pizza, who recently increased his workers’ pay to $10 an hour.

“A decision that eased their financial stress and boosted their morale,” the president said.

Earlier Tuesday, the White House announced the president will sign an executive order that raises the minimum wage for new federal contract workers to $10.10 an hour

The president is reliant on Congress to pass a wage increase in the private sector. Experts forecast that an increase to $10.10 an hour to the minimum wage would mean a full-time, minimum-wage worker would see their annual pay increase to around $21,000 from $15,000.

White says extending long-term unemployment benefits will help stabilize the labor market and the hardships that jobless households face. However, he says increasing the minimum wage is an inferior way of dealing with the growing number of low-income households. “When the price of something goes up, we all know that will mean people will buy less and that applies to the labor in the workplace as well.”

He says a minimum wage hike would make it harder for young people to get that first-time entry-level job. “It’s the wrong way to be dealing with what is clearly a low-income problem. Measures like the Earned Income Tax Credit, providing more training and encouraging people to stay in school longer are all much better ways to solve this problem.”

The president also called for an end of “workplace policies that belong in a ‘Mad Men’ episode,” noting that women make up about half the country’s workforce but still make 77 cents for every dollar men earn.

“This year, let’s all come together – Congress, the White House, and businesses from Wall Street to Main Street – to give every woman the opportunity she deserves,” he said.

The president also called on Congress to adjust the tax code to help fix an “upside-down tax code” to provide more tax breaks and advantages to the middle class.

“I am surprised the president not only mentioned tax reform, he mentioned it early in the speech, that suggests tax reform might not be as pie in the sky as many of us thought,” McMillan said.