Michael Jackson vs. IRS: Thriller battle over value of the estate For famous clients, careful planning needed to keep the value of image out of Tax Man’s clutches 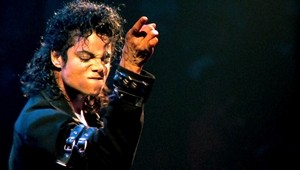 A bitter court battle between Michael Jackson’s estate and the Internal Revenue Service spotlights a major problem for clients who are rich and famous: placing a value on intangible assets.

Mr. Jackson, who died in 2009, is once again front-and-center as his estate takes on the IRS in Tax Court. The chief problem at hand is the valuation of the estate, which Mr. Jackson’s executors valued at just over $7 million but the IRS contends is worth about $1.125 billion, according to The Los Angeles Times. As a result, the Tax Man is now saying that the estate owes some $702 million in taxes and penalties, the Times reported.

Key valuations the IRS is fighting include Mr. Jackson’s likeness, which the estate placed at $2,105. The IRS claims that that number should be $434 million, according to the Times.

Why the wide range?

The problem is that the IRS doesn’t have a defined method when it comes to determining the commercial value of publicity rights at death, noted Charlie Douglas, editor of the National Association of Estate Planners and Councils’ Journal of Estate and Tax Planning. The assets in question are intangible, such as the likeness or image of a rock star, as opposed to the value of the music he or she released and the records sold.

The other issue is that in general, a higher valuation on an estate will lead to higher estate taxes. But where do intangibles stand among other assets in an estate?

One possible method to put a value on the intangible asset is to project the income the image or likeness could earn over what’s called its “remaining useful life” — the expected period in which the image will remain relevant. Income can include the royalties the estate receives from licensing the name or image of the decedent to a company that will make T-shirts or posters using it.

“Everyone agrees on the methodology [of using the income method], but it’s the inputs in the methodology that they disagree over. The key input is: What’s the remaining life on the brand?” said Robert Reilly, an accountant and valuation expert at Willamette Management Associates. “For someone like Marilyn Monroe or Elvis, that income goes on for years and years.”

But even if two parties — say an estate and the IRS — come to agreement on the length of the “remaining useful life,” there can still be a dispute on what will happen to that projected income over that time. Will it rise or fall?

“If you look at those factors, we’re going to agree on the same formula in the equation, but the input will be different and so will the output,” Mr. Reilly said.

In the best of scenarios, celebrities’ executors bring in not just the accountant and lawyer, but also a skilled appraiser when determining how to account for the value of a trademark, brand or image.

“When there are unusual assets, for which there aren’t public markets or many comparable sales, valuation becomes a more difficult process,” said Andrew M. Katzenstein, a partner in the personal planning department at Proskauer Rose. Vetting the valuation for the tax return is then up to the estate attorney or the accountant, or whoever is preparing the estate tax return for submission.

There’s plenty for estate planning experts to take away from the tiff between the IRS and Michael Jackson’s estate. For one thing, having the IRS assign a huge value to an allegedly undervalued estate could potentially render it insolvent if there aren’t enough assets to pay the tax bill, Mr. Douglas noted.

As a result, there are a couple of planning tactics to consider while the celebrity is still on the right side of the grass. For instance, it may be time to think about reassessing life insurance arrangements and ensuring they match up with the perceived value of the intangible assets and the income they produce.

“If Jackson’s case becomes a precedent, there will be a new area of planning for celebrities,” he said. “Nobody is thinking of what to do, and there is the potential to wipe out the estate if the [intangible assets] end up with a large valuation.”