The RUNDOWN Warning: Don’t be scammed by fake IRS agents 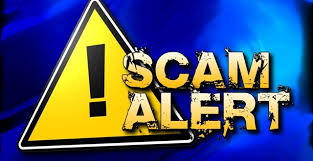 As accountants gear up for tax season, so do the scam artists.
Tactics range from promises of a faster or bigger refund to threats of arrest or prosecution. The government estimates scams will cost taxpayers $21-billion dollars this year.

Allen Abrams was stunned recently to get a phone call from someone who sounded like a legitimate IRS agent. He demanded a $5,000 dollar tax payment within the hour or else.

“I would be handcuffed and thrown in jail. It was absolutely the most terrifying thing I have experienced that I can remember,” Abrams said.

This type of brazen attempted fraud has happened in nearly every state.
Consumer Reports says the first red flag was the phone call. The IRS typically contacts you first by mail, not on the phone.

“Still, the imposters can be quite convincing. They often use phony names and IRS badge numbers. They even enlist accomplices who claim to be the police.” said Tobie Stanger with Consumer Reports.

Another type of scam can come through texts and e-mails, which demand confidential information claimed to be missing from your tax return.

“These so-called phishing schemes are aimed at getting important information like your Social Security number. That way the scam artist can steal your identity, and then they can claim your refund using a fraudulent tax return,” Stranger said.

The IRS does not ask for personal information by e-mail or text, so these too are red flags.

“If you think you have gotten an e-mail phishing for confidential information, send it to phishing@irs.gov. And if you get a suspicious phone call, report the incident to the authorities,” said Stranger.

You can contact the Treasury Inspector General for Tax Administration at 1-800-366-4484.

It may also be appropriate to alert the FBI. That’s what Allen did after his accountant warned him the phone call was probably a scam.

If you are hiring a tax preparer, Consumer Reports cautions don’t fall for too-good-to-be-true refunds or penalty deductions. Look for preparers who will sign the return themselves, as well as provide a prepare tax ID number.

Talk to any CPA or reputable tax preparer to localize.

“Nothing is sure but death, taxes…and tax scams,” warns Houston CPA Joe Mastriano. “Crooks love tax season because it’s so easy to find victims. There are 138 million taxpayers. It’s a numbers game. If they call enough people or send out enough emails, they’re going to find plenty of tax filers to fleece. And many victims won’t find out until they file and the IRS tells them someone already cashed their refund check.”

Joe is a client who can talk about the most common tax scams and how to protect yourself:
Joe Mastriano, CPA
CPA and IRS Problem specialist
(work) 713-774-4467
(cell) 713-826-4781
support@taxproblem.org
www.taxproblem.org

I know what you’re going through. For 25 years, I was you. It doesn’t matter how great your story was yesterday, the boss wants to know “What have you done for me lately?” It’s not easy to constantly “feed the beast” and come up with fresh story ideas.