Obama budget could be costly to Dems 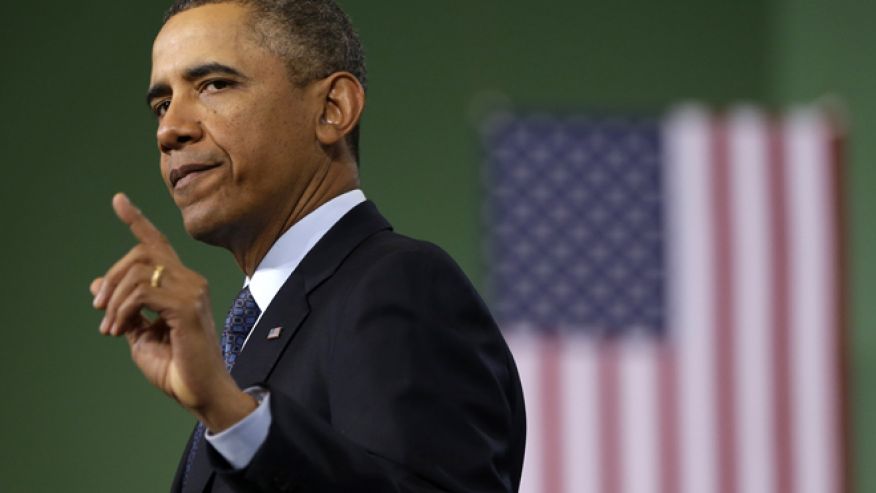 Buzz Cut:
• Obama budget could be costly to Dems
• Health law a bust for public sector
• Obama: We’re too sexy for these midterms
• Gore plops into Pennsylvania gov race
• Nobody is rooting harder for USA Hockey than this judge

OBAMA BUDGET COULD BE COSTLY TO DEMS
The White House is teasing the president’s soon-to-be released blueprint for the next federal fiscal year. In a nod to his core liberal supporters, the president has dropped a prior nod to entitlement fixes, so-called “chained CPI,” a change in how to calculate the size of future increases to Social Security and other programs. The president is sucking up to his political base, the members of which consider the current trajectory for future hikes to be sacrosanct. That’s pretty good politics, especially since Obama did not seem particularly enthused about the idea before and that there is zero chance that this budget or any budget will be passed this election year. Republicans may be harrumphing about the president’s “unserious” approach to the debt, but it’s not like they thought otherwise before. Nor will the House GOP budget be anything more than pipe dreams. Poof!

You call that austerity? – Many pixels are being slaughtered to discuss the president’s irrelevant budget. Why? Partly, it’s because reporters salivate over anything that looks exclusive or new in a city where governing goes to die. Here in the great gridlock desert, this stuff may pass for news. But also because liberals are excited to see their champion drop the smokescreen of deficit concern. The prevailing Democratic wisdom is that deficits don’t matter and that Republicans ought to shut up about them. The WaPo enthused: “With the 2015 budget request, Obama will call for an end to the era of austerity that has dogged much of his presidency and to his efforts to find common ground with Republicans.” Austerity? The federal government continues to spend way more than it takes in and outlays in the Obama era have increased. From 2009 through 2012, the administration spent about $3.5 trillion a year. The approximate federal spending for the fiscal year that ended in October was $3.62 trillion. The estimate for the current year: $3.78 trillion. The Greeks would love to get some austerity like that.

Unicorns, rainbows and midterms – The WaPo goes on to say that instead of worrying about deficits, “…the president will focus on pumping new cash into job training, early-childhood education and other programs aimed at bolstering the middle class, providing Democrats with a policy blueprint heading into the midterm elections… The lack of conflict is due in part to the collapse of the deficit as a political issue. While annual budget deficits remain high by historical standards, they have shrunken rapidly over the past few years as the economy recovered and Congress acted to cut spending.” Wait. What? A Fox News Poll at the end of January showed that more voters said the federal deficit and Social Security outranked terrorism, foreign policy, guns and immigration as the most important issues for the government. Only the economy and health care were higher on the list of voter concerns. Nothing come close to those two, but do Democrats really think that they are off the hook for being the party of more borrowing and spending? Just because Republicans scampered away from the last debt limit lift fight doesn’t mean this isn’t potent stuff. If Democrats believe that borrowing more than half-a-trillion dollars can be turned into a political plus, they must be back to smoking Hopium. And remember, we haven’t even heard about all of the new taxes that the president will propose. Democrats are marching forward with the banner of bigger government aloft at precisely the moment Americans are fed up with ObamaCare the last big government initiative the Obama Democrats bequeathed them.

OBAMACARE A BUST FOR PUBLIC SECTOR
NYT: “Cities, counties, public schools and community colleges around the country have limited or reduced the work hours of part-time employees to avoid having to provide them with health insurance under [ObamaCare]…state and local officials say. The cuts to public sector employment, which has failed to rebound since the recession, could serve as a powerful political weapon for Republican critics of the health care law, who claim that it is creating a drain on the economy… The American Federation of Teachers lists on its website three dozen public colleges and universities in 15 states that it says have restricted the work assignments of adjunct or part-time faculty members to avoid the cost of providing health insurance.”

In real life – Charleston Daily Mail: “CHARLESTON, W.Va. – The Kanawha County School Community Education Program announced Tuesday it will close its three day care centers by March 28, citing an annual deficit of $65,000 as the reason. The closing of West Virginia Public Employees Day Care, Elk Center Day Care and Shawnee Community Day Care Center will affect 40 employees and 120 children under the age of 4… [The executive director] said the $65,000 deficit could be attributed to decreased enrollment, need for several facility repairs and increased costs, partly because of requirements of the Affordable Care Act.”

OBAMACARE TAXES SET TO BALLOON
Washington Examiner: “As one way of financing the $2 trillion cost of expanding insurance coverage, ObamaCare imposes a tax on the health insurance industry, which is assessed to each insurer based on their share of annual premiums collected by the industry. But according to the study by Robert Book of the center-right policy group American Action Forum, ‘insurers will have to pass most of this tax along to policyholders in the form of higher premiums, or possibly higher average out-of-pocket costs or reduced benefits.’ The report estimates that in 2014, individuals with employer sponsored insurance would have to pay $77 extra as a result of the tax and those with family coverage through their employers would have to pay an extra $266. By 2018, that will increase to $139 for individuals and $476 for those with family coverage.”