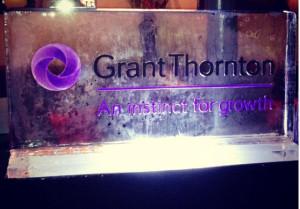 Not every tax benefit is crystal clear. Our tax system is enormously complex, and some tax plays are aggressive, others not. That is one reason people use tax lawyers and accountants in the first place.

Some deals go way beyond normal tax efficiency and seem to defy simple economics. Others may seem too good to be true but can deliver business and tax advantages that can make 2 plus 2 equal 5. Usually, though, if it seems too good to be true, it is.

Some clients have their eyes wide open. Others clearly do not and get led down the primrose path. Every client does not have the same risk tolerance. Consequently, frank discussions about costs, risks, and likelihood of success are essential.

So is honesty about how the firm is paid for its advice and services. If you pay $100,000 for a legal opinion, would it upset you to later learn that “your” firm was secretly paid an extra $50,000 to convince you to sign on? That was probably always clear, but it’s even more clear today. The IRS outlines many technical, ethical and professional rules in this touchy industry.

Many participants in tax shelters later must shell out taxes, penalties and interest when the shelters are audited and fail to perform as promised. Some investors take their licks, learn something, and move on. Some sue their advisers.

One such suit was by Bill Yung and his family against his accounting firm, Grant Thornton LLP. The verdict in Kentucky State Court ordered the accounting giant to pay $20M in compensatory damages and $80M in punitive damages. The case is Yung et al. v. Grant Thornton LLP et al., case number 07-CI-2647, in Kenton County Circuit Court, Fourth Division, Commonwealth of Kentucky.

Then, when Mr. Yung expressed concern about it, Grant Thornton accountants quelled his fears with falsehoods. The court said the accounting firm falsely claimed it had successfully used the shelter with General Electric Co. and Proctor & Gamble Co., saving them millions. The scathing opinion goes on for 200 pages.

But there’s more. Before convincing Mr. Yung, Grant Thornton’s own legal review concluded that the shelter had an overwhelming chance of being deemed illegal. Even so, they hid this negative legal opinion from Mr. Yung and tried to cover it up. The court noted a Grant Thornton email that said:

“Do not share this opinion with anyone, internally or externally, as we are trying to maintain control of its distribution. The attached copy should be shredded here on Monday morning.”

Yung, his family and his hotel company used Grant Thornton to prepare and review close to 100 tax returns a year. Despite this relationship, the court said the accounting firm fraudulently induced Mr. Yung into the shelter. The compensatory damages were to compensate Mr. Yung for harm to his reputation and for preventing his hotel company, Columbia Sussex Corp., from receiving a license from the Missouri Gaming Commission.

According to the 210-page opinion, “There were so many acts of gross professional negligence committed by Grant Thornton … the court finds that an assessment of punitive damages will deter Grant Thornton and its agents from similar reckless and wanton behavior in the future.” Grant Thornton says it will appeal.

You can reach me at Wood@WoodLLP.com. This discussion is not intended as legal advice, and cannot be relied upon for any purpose without the services of a qualified professional.

“This is exactly why people should learn to think for themselves when getting their taxes done. The days of taking aggressive positions against current IRS policy are gone. As a CPA who is currently doing many radio talks about what people need to do to protect themselves, I will tell you that no matter who you hire, hire a CPA firm who has a reputation for understanding what the IRS is willing to accept and what they are not. The firm should us a “tax representation letter” where the client signs that they were given full disclosure of the consequences. That protects the CPA firm too. However, as CPAs we are liable beyond the basic tax preparer penalties. For valuable information on making sure you are not audited in the first place, and what to do if you are, visit http://www.taxproblem.org so you never have to be in a position of wanting to sue your CPA firm in the first place!