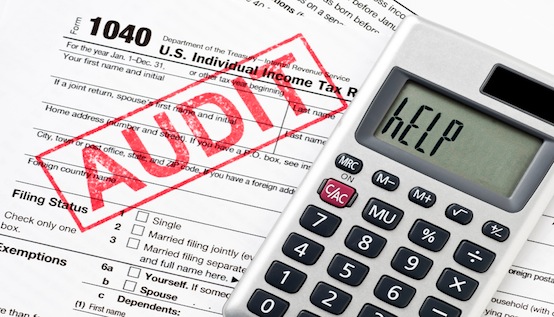 Filing taxes is punishment enough without the vague threat of an IRS audit looming over our heads. For understandable reasons, the IRS insists on keeping the ins and outs of its auditing process on the murky side. How will you catch the bad guys if you give them the rule book first?

But because of the sense of mystery around the process, it’s an area of regulation often misunderstood by taxpayers.

Here are a few common myths about the dreaded tax audit:

Myth #1: Only the wealthy get audited.

While it’s true that big businesses and the uber-rich are often targets of IRS tax probes, that doesn’t necessarily mean low- and middle-income workers are free and clear. The agency is increasingly relying on data mining and

robo-audit systems to detect errors in tax returns, which has actually made it easier to go after small-fish taxpayers.

What is this, 1985? If the IRS’s computer system flags your tax return, you’d be hard-pressed to get an agent to pick up the phone, let alone make a house call.

Of the 6.5 million audits conducted last year, only 362,500, or 5.5%, resulted in an actual field visit. If your return is flagged, you’ll most likely get a letter in the mail seeking additional information. From there, you can either answer by return mail or call them directly.

Myth #3 If I owe tax money, the IRS will be after me in a hurry

Rest assured, if Uncle Sam flags your return for suspicious activity, you will hear from them at some point – but probably not for a year or two…or more. The IRS actually has three to six years to go after questionable tax returns, and with personnel shortages, even taxpayers who willingly call them to sort out issues have a hard time getting them resolved.

Myth #4 If I file for too many deductions and tax credits, I’m setting myself up for an audit

Despite the IRS’s efforts to crack down on Earned Income Tax Credit fraud, it is actually one of the most commonly overlooked deductions. Twenty percent

of eligible workers have missed out on the EITC, which is worth an average $5,891 for a family of five and $475 for single-filers without children.
Myth #5 I’ve got my tax refund so I don’t have to worry about an audit.

Even if your tax return was accepted and you cashed your refund check, you’re still fair game for auditors.

The IRS uses a special matching system that tracks each taxpayer’s W-2s, 1099s and 1040 forms. If it turns out that you’ve under-reported your income, the system will eventually catch up to you.

“You could get your refund, and about one or almost two years later, if there’s a problem with your taxes, you’ll likely get a letter in the mail from the IRS,” says Papadopoulos.

Talk to any expert on the IRS to localize.

“This is not like a high school creative writing class. You don’t want to write a bunch of fiction and think it’s going to fly,” explains CPA and IRS problem specialist Joe Mastriano. “The IRS uses computer algorithms to shift through millions of returns and flag the ones where the stories just don’t add up.”

Joe is a client who can talk about the things you DON’T want to deduct, unless you want an audit:

I know what you’re going through. For 25 years, I was you. It doesn’t matter how great your story was yesterday, the boss wants to know “What have you done for me lately?” It’s not easy to constantly “feed the beast” and come up with fresh story ideas.